The Manager of a Hamilton Hawks Team must work with the Head Coach in preparation of the paperwork necessary to operate the team. The Head Coach is responsible for ALL ASPECTS of the Team i.e. team conduct, discipline, financial, on-ice, dress code, team officials, etc.
The spouse of any of the team's coaching staff is not permitted to be the Manager.

MEETING RULES
Every head Coach must attend scheduled meetings or send a representative Failure to do so may result in disciplinary action.

Scheduled Meetings
Coaches meetings are called by the rep convenor and or director of hockey operations or an executive member.

PARENT REP
Each team must have a Parent Rep. The Parent Rep is to be the liaison with the parents and the Hamilton Hawks hockey team during the season.

The Parent Rep must have a valid Police Check Vulnerable sector check and it is strongly encouraged that they also have respect in sports and gender identity training.

CONVENOR
Managers will make parents aware of who the Rep Convenor for their team is, should they have a problem that cannot be resolved at the team level.
Parents should feel comfortable with the fact that their concerns will be kept confidential and that there will be no reprisal against themselves or in particular their child.

As you are aware, hockey is a very passionate sport that can often lead to emotional situations. Most issues can be resolved at the team level with communication, Along with allowing for the 24 hour cool down rule.

COMMUNICATIONS
All Executive contact information can be found on the Hawks website under “Contact"
The Manager must keep the parents fully informed throughout the season as to up and coming tournaments, fundraisers, etc. It's mandatory to have a parent meeting at the beginning of the season and 1 or 2 more throughout the season. Past experience has proven that if you keep the parents informed, there are fewer problems.
Each team will have their own page on the Hamilton Hawks Website . Team information maybe distributed via their web page.

The Manager, Parent Rep and all other Team Officials also has a responsibility to report any inappropriate behaviour ( by parents and team officials) that contravenes the Hamilton Hawks and the OWHA code of conduct and the city of Hamilton zero tolerance policy.

All inquiries regarding jerseys must go through the HGHA director 1
Jackets, track suits and other Hawk items must coincide with the Hawks standard as predetermined by the Hawks executive.
Support of the Hamilton Hawks Official Supplier of Choice is a team requirement.
The Official Supplier will be determined at the discretion of the HGHA board, yearly or bi-yearly.
The official supplier of choice will be Hockey House (2020/2121).
Only the authorized “Hawks Logo" is to be used on any apparel or equipment that is to be worn or used by a Hamilton Hawks Hockey club.

PLAYER DRESS CODE - REP
No blue or black jeans, dress shoes ( no running shoes) for home games
Minimum requirement is an official Hawks Track Suit for all away games

TEAM COMPOSITION
All Team Officials are required to be Respect in Sport Activity Leader or Speak Out certified. Must have a valid police check -- vulnerable sector check.

TEAM ROSTERS
Teams shall consist of a minimum of 16 players to a maximum of 19 players.
Each team is limited to rostering 5 Team Officials (ie. Head Coach, Trainer, Asst Coaches), including the Manager. Additional team officials may be obtained at a cost of $50.00 per card available through the registar.
On-Ice Helpers (OIH) must be at least 12 years of age and 2 years older than the team they are helping at practice.
Only Team Officials on the approved Official Team Roster are permitted on the bench during games. Should a non-rostered individual be on the bench for a game(s) the Head Coach will immediately be suspended Three (3) games by the Hamilton Hawks Hockey Club in addition to any applicable OWHA suspension. Second offences may result in further discipline which could include removal from the Official Team Roster.

Any Coach requesting players will take the following steps:

1) Notify the other Coach that you will be calling players.
2) Call the players directly with regards to playing up.

Once the requirements are met, inform the Coach, or a member of his staff as to when
and which players will be used from his team

ICE TIME & LEAGUE GAMES EXPECTATIONS
Under no Circumstances May a Team Sell Ice To Anyone Else. The teams must use all ice assigned to them by the Ice Scheduler.
Do not book your own contract ice. The Hawks arrange the supply of contract ice. We will not schedule around any contract ice other than our own.
The Ice Scheduler must know well in advance what your team is doing (if you plan a team activity and don’t tell the Ice Scheduler about it, a game or practice could be scheduled for that time).

Your manager is responsible for confirming the referees and timekeepers for any home league or exhibition games. You are responsible for payment to refs for exhibition games
Referees are booked through the Referee Assignor ( HGHA director 1)
A MINIMUM OF THREE (3) days notice is required
If a referee or linesman are not in attendance 20 minutes before a game, please contact Michell Pardiac 905-961-8293.

You should be aware of the basic playing rules. i.e. major penalties, game misconducts, etc. Most of these rules are to be enforced by the team and it must be recorded on the game sheet. If any player or coach is suspended and if it is 1,2,3 of the number of games she / he is suspended for.
It is the responsibility of each team manager and/or coach to ensure their players sit out their appropriate suspensions.
When in doubt as to the relevant suspension, sit player(s) in question out until clarification can be obtained.
Any suspendible offense which occurs in any
OWHA game (league, tournament, exhibition
and/or Regional Playdown or Provincial
Championship in or outside of Ontario) during the
current season must be reported to the OWHA
office within twenty-four (24) hours of the
infraction(s) by the coach or other team official
OR prior to the player or team’s next game,
whichever is less.
(2) Additional suspensions can be imposed by the Hamilton Hawks
Report all suspensions to stats@owha.on.ca along with the Hamilton Hawks rep convenor

THE REFEREE ROOM IS OFF LIMITS TO ALL STAFF AND PLAYERS 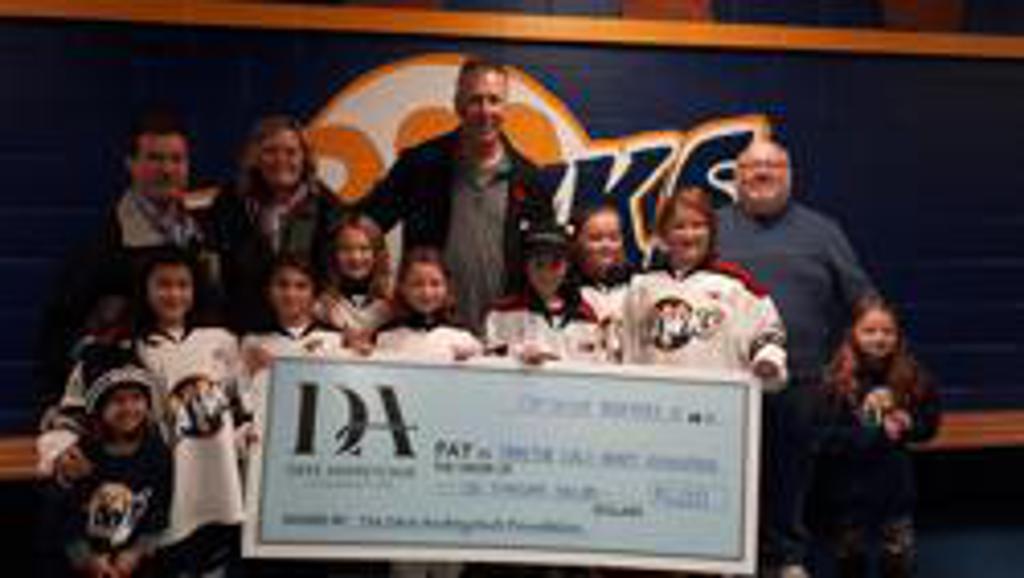